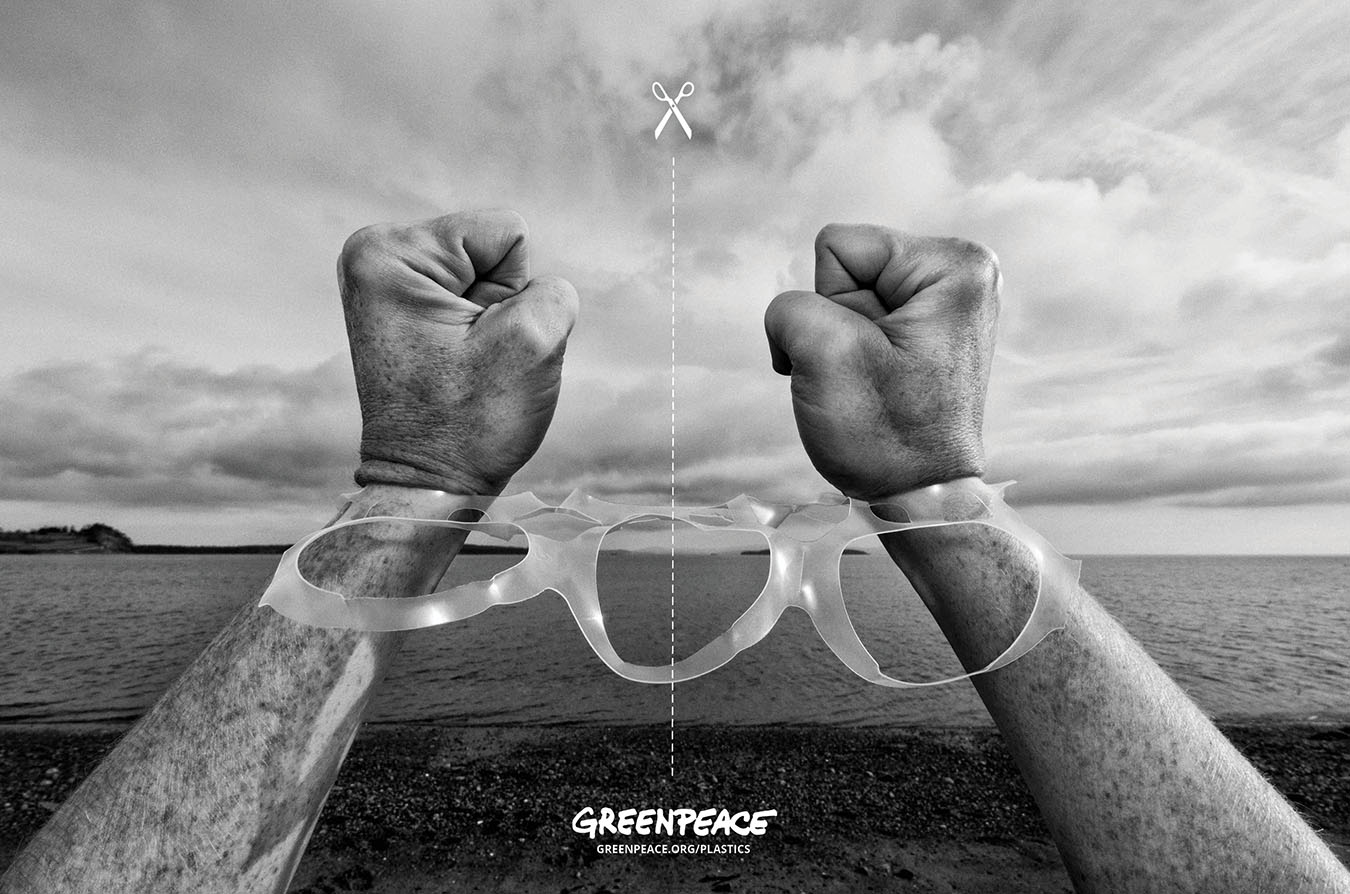 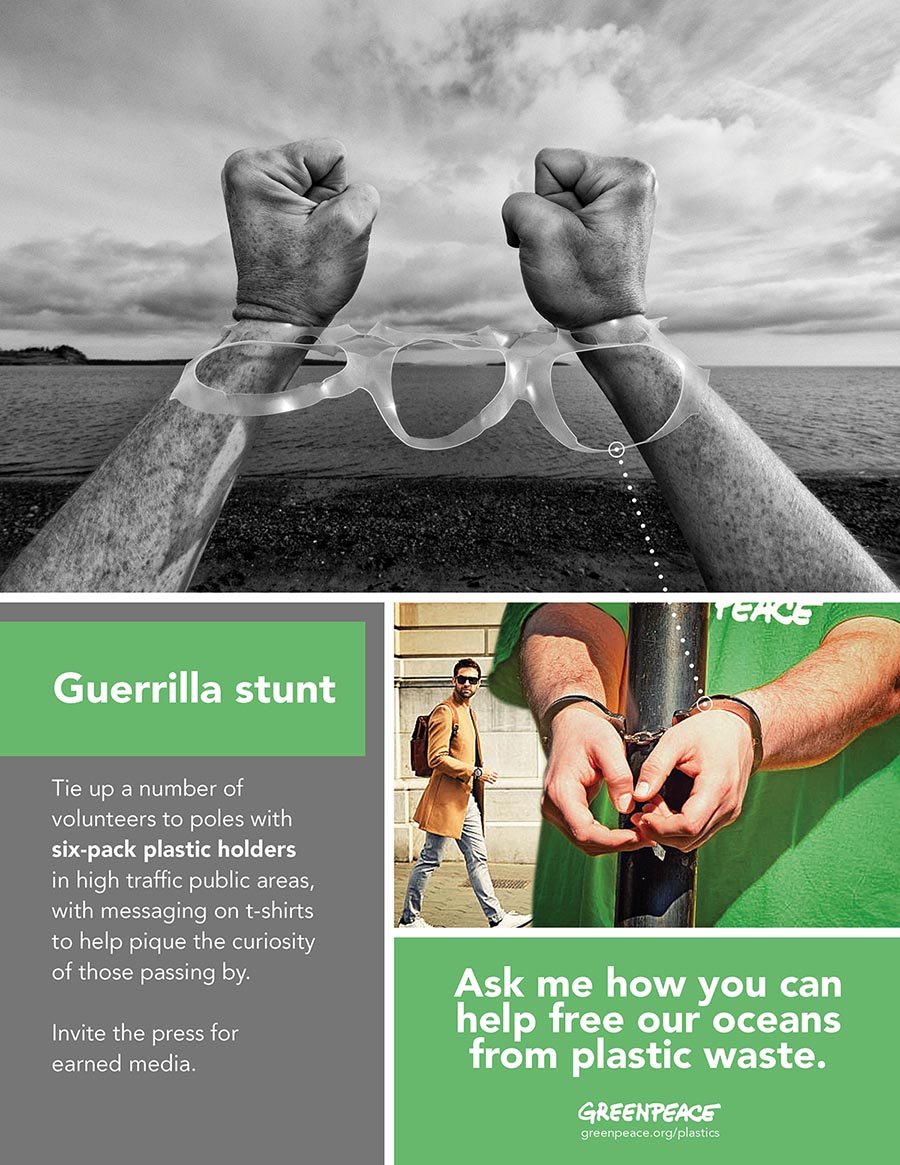 Plastics have been making their way into our oceans for decades. As a result, we have huge masses of plastic such as the infamous Great Pacific Garbage Patch, (which is around 1.6 million square kilometres) swirling around our oceans. That's a mass bigger than Texas. If we continue on the present trajectory with 8 million pieces of plastic making their way into our oceans every day, plastic will actually outweigh fish by 2050!

That's a very scary thought, and that's why CrackerJackFlash rolled up its sleeves to create a graphic image that was impactful and universal enough to stop the planet's audience dead in their tracks. But we did not stop there. CJ*F also took this concept up a notch and created a guerilla stunt that would be equally as powerful. "Handcuffing" volunteers to poles with their hands bound by plastic in public areas to attract the attention of those passing by. A stunt that could be performed globally at a relatively low cost and possibly bring in millions of dollars worth of earned media to perpetuate the message.

Will Greenpeace ever buy into the concetps? We shall wait and see.

< BACK TO CRACKERJACK Portfolio