Sharing the stage with Moby

The first time I heard Moby was in a photographer’s studio in windy Wellington, NZ. I was art directing one of my first ever big-budget shoots for a print ad for NZ Post. Needless to say, I was a tad nervous, so when I heard the magic of Porcelain playing in the background, I was immediately put at ease and we had a terrific shoot as a result. I asked the photographer who the artist was, and he said, “Moby”! Little did I know at the time, that 20 years later I too would become a photographer, and I’d somehow be sharing the stage with the DJ legend himself.

How’d I get there? Well, I was granted a media pass for Rifflandia 2017 (a 4 day and night musical event held yearly in Victoria BC) in exchange for some unrelated event photography services. This media pass gave photographers poll position in a fenced off area at the foot of the stage for the first three acts. Then after the first three acts are done, the media pass holders are forced to leave the pit so that the audience behind them could eventually get unobstructed views of the performances.

Generally, this area was great for capturing most musical acts, but it was far from ideal in Moby’s instance, as the turn table set-up blocked most of his body, sometimes even his face. So after the first three sets were over, and security cleared the pit, I noticed one of the photographers (Charles He) dropping to his knee and pretending to tie-up one of his shoe laces…right before he pulled a commando move, rolling stealth-like under some drapes to find access the side stage area, an area normally reserved for VIPs of Rifflandia.

There was no time for me to follow the same suit, (it all happened so fast) but I did somehow manage to muster up enough courage and confidence to strut right up to the security guard guarding the gate, and flashed my wristband passes quickly enough to somehow gain access to the side stage area! Once on stage to the right of Moby’s awesome live performance, I riffled off a few more shots as well as some video, then put my camera down so I could enjoy the rest of the performance without a viewfinder in my eye.

After 45 minutes or so, security asked all the VIPs to clear the side stage area, when something came over me, and I somehow persuaded the guard to allow me to take as many shots as I could in just 10 seconds, on stage, directly behind Moby himself!

Once granted access, I quickly shuffled onto stage when everything suddenly went into slow motion as I ran up behind Moby to do my thang. And once my time was up, I wasn’t quite sure if I got the shot I wanted, so I told myself that the experience in itself was reward enough. Needless to say, when I did have a moment to review the shots off the camera, I was absolutely ecstatic to see that one shot in particular captured the moment perfectly. Moby’s hand raised high, the crowd before him with emotionally driven faces, with one fan desperately waving around a Moby poster in a desperate attempt to grab the artist’s attention.

That all being said, this moment in time was a moment I will not soon forget…thanks a bunch Moby…you are still on top of your game!

> Check out the rest of Moby’s performance here. 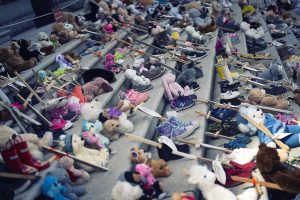 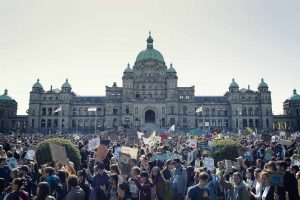 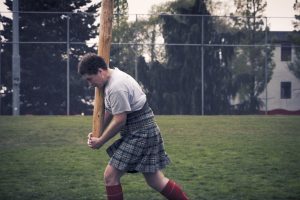